Even after having recently spent time in magical places like Hawaii, Miami, Marrakech and Bali, the Maldives have always remained one of my dream destinations. So I was delighted to be invited to one of the most intriguing islands in the Maldives: Kandolhu Island, a pristine piece of paradise in the middle of the Indian Ocean.

When I visited Hawaii, I was surprised to find that every island has its own distinct atmosphere, style and feeling. But Hawaii is an archipelago of only eight major islands, whereas the Maldives consist of almost 1200 islands, of which about 200 are inhabited. So I never expected that one island could have such a unique, distinct style as Kandolhu Island! 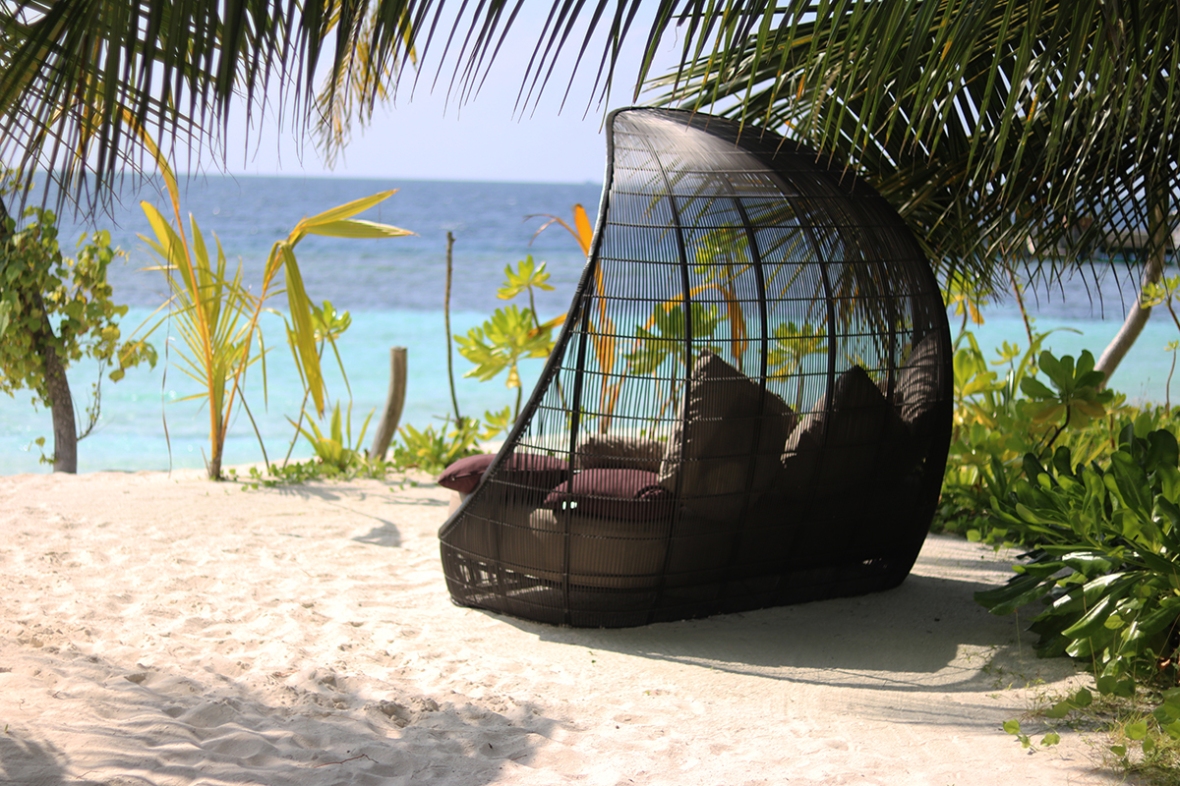 The magic started the moment the flight took off for Kandolhu Island from Male International Airport, where we arrived from Abu Dhabi. Because the flight to Kandolhu wasn’t a regular flight, but it was my first time on a sea plane! We flew so low that I saw many beautiful, islands as far as I could see.

Kandolhu is a tiny island, a speck in the Indian ocean, with luscious palm trees and a snow white beach, surrounded by a turquoise lagoon. We were greeted by Mark and Laura, the managers of Kandolhu, the moment we stepped on the pier. I noticed immediately what stuck with me throughout my stay at Kandolhu: the island is beautiful beyond description, but it are the people that make the difference. Kandolhu offers everything one could wish for on a tropical island, from incredible villas to wonderful beaches, a fantastic spa and mouth watering restaurants, but above all, this is one beautiful, friendly island.

Kandolhu is a luxury resort which features just 30 villas, that perfectly combine natural elements of the Maldives with modern architecture. The straw huts that I thought I saw from a distance, turned out to be beautiful villas equipped with every amenity you can wish for. We stayed the first days at a jacuzzi beach villa, which had a lovely view over a pristine white beach that felt secluded because of the lush, green vegetation around it.

Later we moved to an ocean pool villa and that turned out to be an almost indescribable experience. We immediately took a swim with our snorkel gear to check out the beautiful reef that lay stretched out before us. And what we saw was something I had never seen before: hundreds of beautiful fishes, three turtles and a beautiful stingray swam right by us. It was like nature’s rush hour, except nobody made us feel like we were in the way. And just before we stepped out for dinner, a staff member was kind enough to gently knock on our door and point us towards three rays that were swimming along the beach. It was a sight I will never forget. 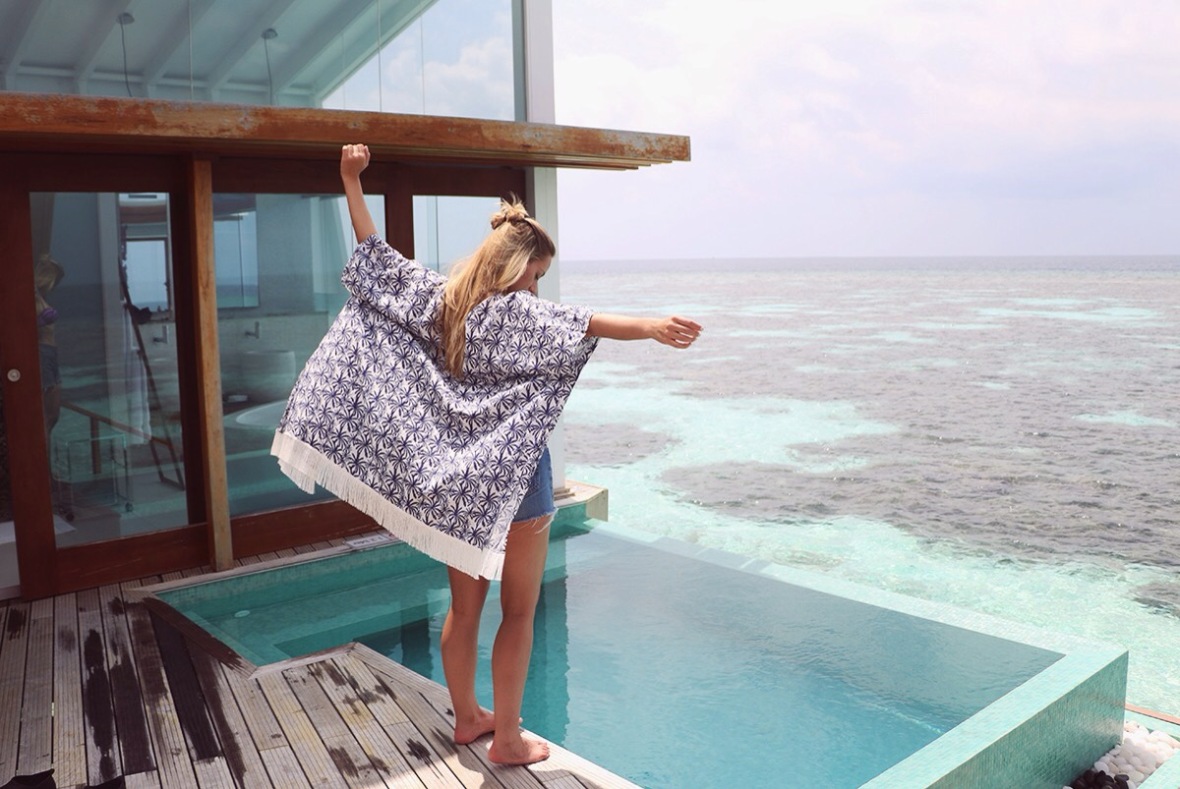 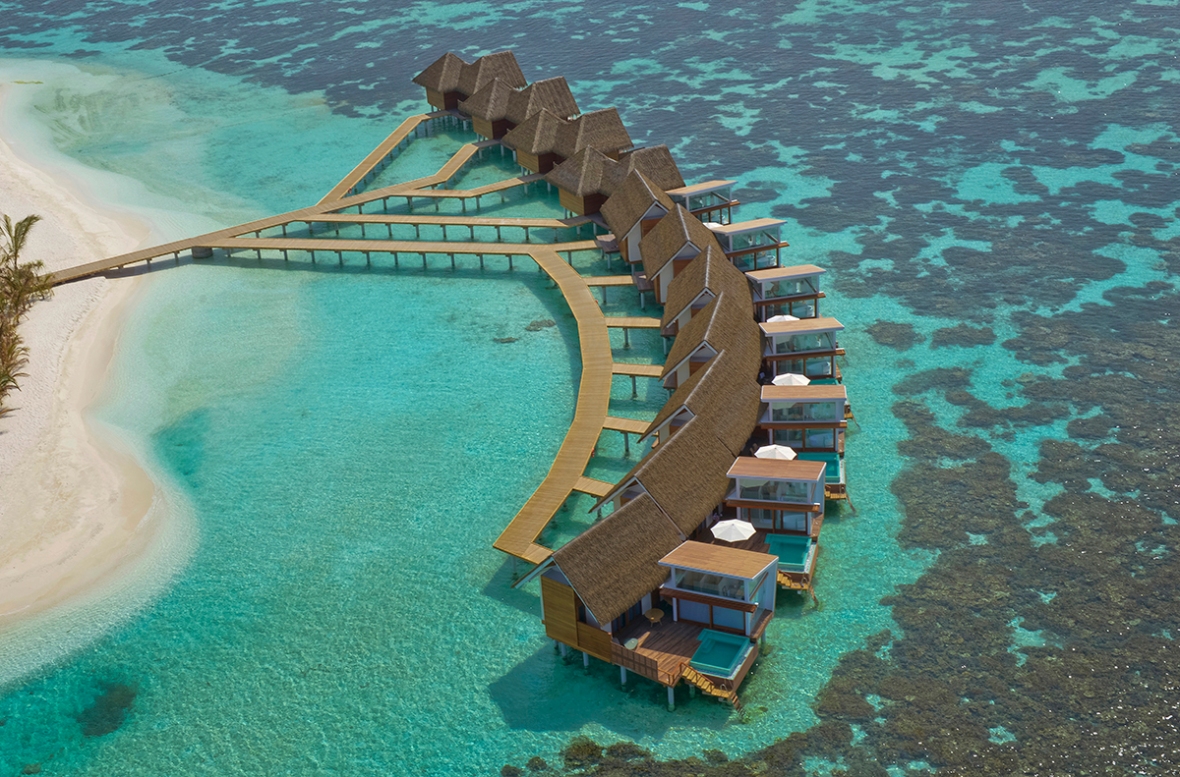 We tremendously enjoyed our dinners on Kandolhu. French chef Mickaël oversees the resort’s four restaurants: all-day dining à la carte restaurant The Market, Italian and Mediterranean outlet Olive, beachside restaurant Sea Grill and Japanese restaurant Banzai with both a sushi chef and a teppanyaki chef. The resort also offers Villa Dining, as well as a number of private dining possibilities. Like dining on the beach with just the two of you…

If you think about it, it’s crazy to have four restaurants for only 30 villas! We tried and loved all of them but the fresh, tandoori style grilled job fish at Seagrill took my award for favorite island food. For the foodies, Kandolhu offers two meal plan supplements. À La Carte dining, which includes breakfast, lunch and dinner at any of the four restaurants or the Ultimate Inclusions that goes as far as offering almost 30 handpicked, international wines at your very own villa wine chiller and lots of great excursions. 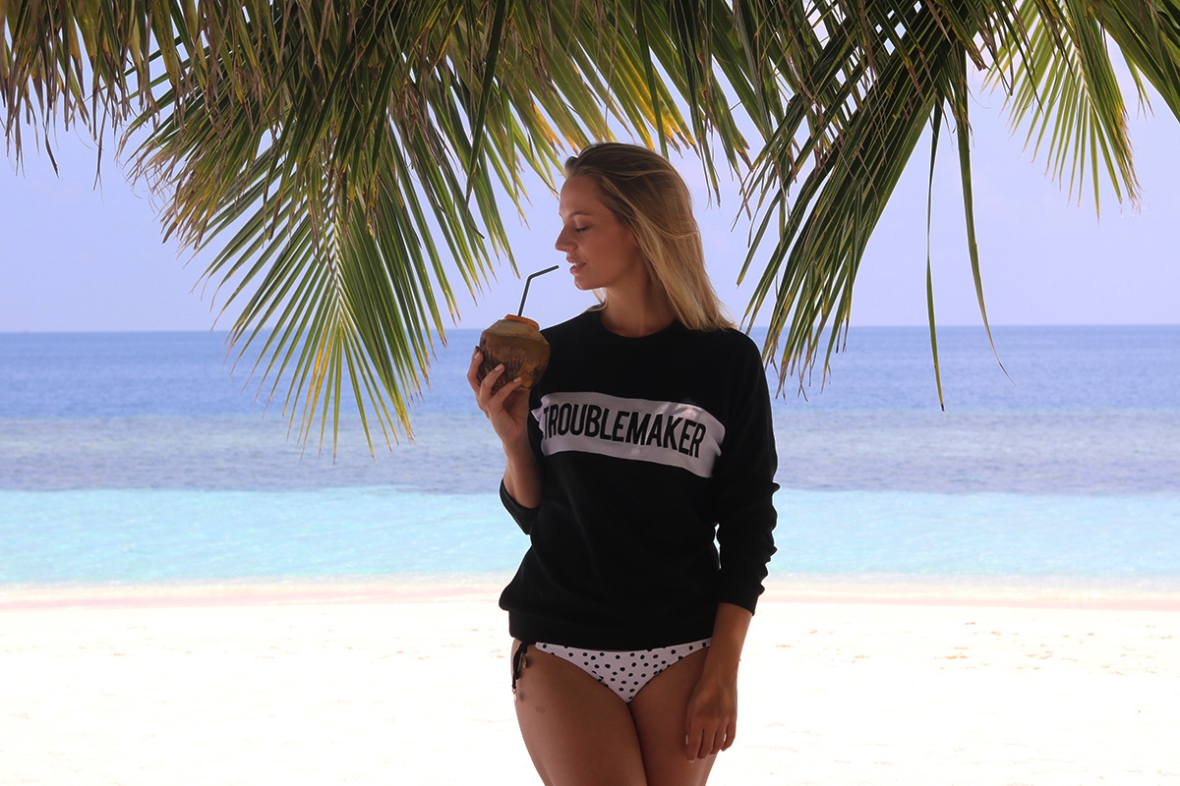 For such a small island, that you can easily walk around within 10 minutes, Kandolhu offers an amazing amount of variety in activities. We did a Sunset Champagne and Canapé cruise (for more photo’s of the cruise click here.) We also enjoyed a private Snorkeling Tour around the Kandolhu house reef with a very knowledgeable guide, who was kind enough to also take some cool pictures with his GoPro. There’s complimentary use of all kinds of watersports equipment, so we enjoyed a bit of SUP-ing and kayaking and used the afore mentioned complimentary snorkelling equipment a lot, to snorkel around our villa and the rest of the island. And then there was, of course, the Varu spa, which really deserves an article of its own.

I regret we only had four days to spend on Kandolhu, because I think I could easily spend a long vacation there. The place is magical and the people are so friendly, it is definitely on my all time favorite destinations list.

For more information about Kandolhu Island, visit the website here

16 thoughts on “KANDOLHU, THE FRIENDLY ISLAND”